It seems students, more often than not, perceive their bodies as ‘indestructible’ as they consume copious amounts of alcohol, something which is all part and parcel of the student experience. But, are we too young to be abusing our bodies and taking them for granted?

Young people are more vulnerable than it appears when drinking to excess, as it can have long-term effects on brain and educational achievement during development. Drinking games on nights out can encourage in binging, where students can find themselves having consumed seven to nine units before continuing on with their evening.

As pre-drinks and games commence in the early evening, students can also tend to skip meals due to not having the time. Instead of taking into account the damage this is causing, it’s merely seen as an ‘easier and quicker way’ to feel the effects of alcohol.

So, who is to blame? Statistics have shown 39 per cent of pupils in years 7 to 11 have tried alcohol. Introducing drink within ‘controlled environments’ - such as the home - could be considered as ‘advantageous’ due to young people trying it within that controlled environment. One of the aims in doing this is so that, when students hit the legal age, excessive consumption won’t occur as it won’t be seen as a ‘big deal’.

However, a recent study as reported by the Independent found that affluent teenagers accustomed to drinking at the dinner table are twice as likely to drink regularly as opposed to those from poorer backgrounds. Could this relationship with alcohol be encouraged at university? With a student loan and cheap booze readily available for purchase, nothing can cap students on how much they drink, be it daily or before a night out.

Drinking to excess at university can also come about as students - particularly those fresh out of high school - try to come to terms with a complete change in environment, after which loneliness can become prevalent. As well as this, drinking a lot can have a negative effect on relationships, regretting making certain choices as they wake up the morning after the night before.

Students and graduates have spoken with the Independent about their perception of the drinking culture among students.

One third-year at the University of Nottingham, Joe, said: “People I know have turned up drunk to research meetings and, as students, they are excused from drinking during the middle of the day. For some, alcohol can become a crutch for those struggling with uni life but, because it’s already a part of student life, no-one questions it.

Gary, a Loughborough graduate, said: “I’d say the university is trying really hard to combat it, but there is evidence of a ‘lad culture’ and perhaps people drink to excess to fit in when they first come to university, and just end up keeping it up during their time there.

“From my own experience, this has been it’s particularly true for sports teams. Even though I know it’s an issue, I must admit I conducted in socials and initiations. That’s just known to be one of the most enjoyable parts of being in a young sports team.”

While this is an issue, there is a change appearing - other activities are on offer to ‘teetotallers’ and those who prefer to enjoy their time while not under the influence.

Ella, a second-year Nottingham student, described the drinking culture, as a whole, is something that has not appealed to her “on any level.” She added: “But I do kind of feel there’s a genuine expectation, even pressure, to get involved with it.

‘Fortunately for me, my friends know what I’m comfortable with and don’t push me. I think you can most definitely work within the drinking culture as a teetotaller, but I do feel like a that’s rarity, particularly for me within my circle of friends.”

Take it easy this Fresher's week, enjoy and stay safe! 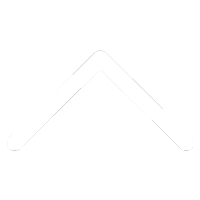